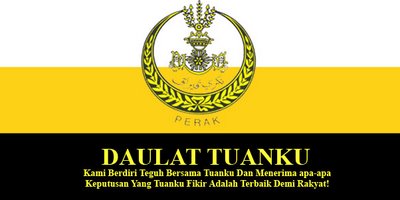 Here In My Home - Malaysian Artistes For Unity

The Richness That Is Seri Kaya I remember that at a time a long long time ago when the mood struck our family we would be making our own home made seri kaya. Yes we used to make our seri kaya, what some people would translate as coconut jam but to me that is a misnomer as a real seri kaya is made of a lot of eggs and a lot of coconut milk, and definitely you do not have any jelly to make it into a sort of jam. What it is is more like a fruit preserve, as you use a lot of sugar to make a sweet concoction. Like dodol however, you need a lot of stirring over a fire to make seri kaya, and the end product is more like an egg and coconut sweet gravy rather than a jam, what I believe the chefs would call an emulsion. Thus I rather stick with the name seri kaya for this melange of coconut and eggs as there are things that an English word will not suffice to describe it with. As befits its name Seri Kaya that means the essence of richness, seri kaya is basically the distillation of eggs, coconut milk, sugar and pandan. Its origins are generally attributed to the Hailam or Hainanese Chinese in old Malaya although the Malays do have their own family recipes. Unfortunately the cost of eggs and coconut milk nowadays makes real seri kaya an expensive food item to even make at home, and to get the genuine item in the open market would cost you a pretty penny, if you can get it that is. Fortunately there are some kopitiams that do sell seri kaya by the pack, but this can set you back about twice the price of the factory made stuff. Yet you pay for quality as the taste, texture and smell brings back memories of the seri kaya made at home that time a long age ago. The photo of these toasts made with real seri kaya from two different kopitiams that I have had the pleasure to patronise should convince you of this fact. The one on the left came from Yik Mun Restaurant in Tanjung Malim that is most famous for their paus and those in the know their coffee. Unfortunately for me most times when I arrive there on the way north is usually after breakfast so I usually skip their roti kaya toast and go for the other kopitiam meals. But no worries for me as they have the seri kaya in a cup and I usually buy a few packs home for me. In fact their toast is not the reason I buy Yik Mun’s seri kaya but more because the pau with the seri kaya filling that is a family favourite. The seri kaya here is to me the traditional one made with lots of eggs as they keep it deeply refrigerated so it would not spoil. They definitely do not use any preservatives and based on the ingredient list, they even put in some unusual seri kaya ingredients of ginger and margarine. They have two flavours, the original and the pandan and you could easily differentiate them by their colours. You can taste the coconut cream and eggs in the custardly kaya that tells you that this was not made by a machine, and even if it was they were not stingy with the ingredients. Even my mom did not make it like this but then I have to tell you that if you have it too regularly, you may find it a bit jelak or the nearest allegory I can make is ‘so overwhelming in taste” due to its richness that I suggest you have it sparingly. This is one real case of too much of a good thing is bad for you. More than this I leave it to you to sample if you can to really appreciate the richness of the seri kaya taste. Well moving on to Hai Peng Kopitiam in Kemaman’s version of seri kaya, the first thing that strikes me was that theirs was sold without needing any refrigeration. To me this means that they may not have too many eggs in their version but instead they have compensated it with generous amounts of sugar, I suspect of the palm sugar variety since Terengganu is famous for their enau sugar, that gives the seri kaya a rich brown caramel colour. Look at that carame l oozing out from the open cup in the picture if you do not believe me. Taste wise their version is definitely more sugar sweet tasting than egg or coconut milk rich, but this is a hit with my sweet toothed kids. It reminds one of caramel custard actually in a weird sort of way. My wife commented that this version has to be eaten with really hot toast and melting butter as otherwise it will taste like a sweet. As for me this version is more like the seri kaya that is served in kopitiams nowadays, except the normal version is not as generous with the sugar. Well as long it is homemade and not factory produced style right. In conclusion however, you can actually get good seri kaya in a cup from sundry stores. These are the cups that may have amateurish looking labels or no labels actually, and I dare say the non-labelled would be the tastier tasting as this is definitely a sign that it is home made. So next time when you are in the sundry store, take another look at the bread rack and you may find these seri kaya cups stacked together with their factory made cousins. Anyway I cannot say factory made seri kaya are not flavoursome by themselves. The one from Yeo’s are still good after all these years which should not be a wonder as for me their seri kaya actually made the brand rather than their drinks. In addition, FAMA has introduced honey mixed seri kaya that gives a different angle to this old time favourite. I know that it is has gained acceptance as the seri kaya on occasions goes out of stock even at hypermarkets and has spawned imitators from other brands. In any versions seri kaya you may find however, be thankful that it exists as this is a bread spread that is a unique creation to our region and would always be a taste of home.
Posted by mumuchi at 10:10 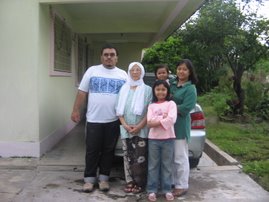 mumuchi
Kuala Lumpur, Malaysia
A working stiff who likes to travel and eat, loves all things naval and a sometime naval article contributor, who now writes in blogs to share his feelings and experiences

Is It Time to Play Rugby Yet?

Total Pageviews By Google 2010 May onwards